Florida Issues: DNA no match to inmate
Posted by sisselnor at 4:04 PM No comments: Links to this post

Florida Issues: Paul Hildwin 2001
Posted by sisselnor at 4:03 PM No comments: Links to this post

Florida Issues: Paul Hildwin at trial
Posted by sisselnor at 2:57 PM No comments: Links to this post

DNA no match to inmate

Paul Christopher Hildwin, left, hangs his head down as jurors give a guilty verdict against him for the first-degree murder of Vronzettie Cox. Seated besdie Hildwin is his defense attorney Dan Lewan. The jury took only two hours to reach their verdict.
The wait has been excruciating for cancer patient Paul Hildwin and his attorney, Martin McClain.
Posted by sisselnor at 2:38 PM No comments: Links to this post 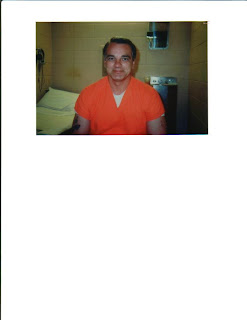 Posted by sisselnor at 10:34 AM No comments: Links to this post

Cherry
DAYTONA BEACH -- For the fifth time, Roger Lee Cherry will be back in a Volusia County courtroom this week to appeal his death sentence for a DeLand killing more than 25 years ago.
On Tuesday, Cherry, 60, will argue for the second time that his IQ is too low to be executed under Florida law.
The hearing comes at a busy time for local death penalty appeals. Troy Victorino, who was sentenced to die for killing six people in Deltona in 2004, was in court last week in his post-conviction appeal.
With the IQ argument, Cherry is raising an issue that was already argued and denied.
Back in 2005, a similar motion to overturn Cherry's conviction and sentence was denied by Circuit Judge Julianne Piggotte, who found there was "substantial probability" that Cherry's IQ was higher than the level of 70 required.
An average IQ is 100.
What's different now, according to court documents, is the way intelligence tests are given and scored.
Defense lawyers say Cherry's IQ is in the mentally retarded range.
Prosecutors, however, argue Cherry is not mentally retarded. They point to books Cherry has kept in his cell at Union Correctional Institution and prior IQ tests, which were as high as 86.
It will be up to Circuit Judge Frank Marriott to decide. Tuesday's hearing is expected to take all day.
Cherry was 35 years old when he crept into the South Osceola Avenue home of Leonard and Esther Wayne, 77, and took off with guns, a wallet and the couple's car. In the process, he beat and kicked Esther Wayne to death.
Leonard Wayne, 80, died of a heart attack when he tried to confront Cherry in their home.
The police found evidence that led them to Cherry, including the recovery of the couple's ATM card at a nearby bank.
Their car was found ditched later.
The killer gained entry by removing jalousie window panes from a rear porch. The broken pieces of glass were found in the woods, with blood that matched Cherry's.
At his trial, Cherry's girlfriend testified for the state, telling the jury that Cherry had confessed to her.
"The people was awake and saw him and the lady tried to fight him or something," Lorraine Neloms testified. "And he hit her."
After he was found guilty of the deaths, the jury recommended death for Cherry for killing Esther Wayne by a vote of 9 to 3.
The same jury also recommended Cherry get the death penalty for the killing of Leonard Wayne.
That death sentence was later vacated because Leonard Wayne died of a heart attack.
Under a 2004 Florida Supreme Court ruling, criminals must have an IQ above 70 to be executed.
Last year, Daytona Beach convicted killer Ted Herring won a victory in a similar motion, when Circuit Joseph Will vacated his death sentence.
Judge Will found Herring's IQ was too low to be executed for killing a convenience store clerk in 1982.
The victory, however, was short lived.
In October, the Florida Supreme Court ruled that Herring should remain in death row, finding his IQ is higher than the 70 threshold.
The high court disagreed with Will, finding that Herring's IQ tests had been between 70 and 75.
"This court has consistently and explicitly held that a defendant must establish an IQ of 70 or below to avoid execution," the Florida Supreme Court wrote in that ruling.
Posted by sisselnor at 9:56 AM No comments: Links to this post

DNA no match to inmate 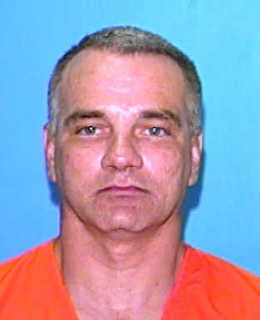 The wait has been excruciating for cancer patient Paul Hildwin and his attorney, Martin McClain.

Earlier this month, they got the break they had long been waiting for. There was no doubt it was coming, but it took longer than expected.

The DNA evidence found at a murder scene didn't come from Hildwin, according to the Florida Department of Law Enforcement. It came from William Haverty, who has been in prison since a 1998 rape conviction.

Hildwin has lived on death row for 25 years. He was convicted in the slaying of Vronzettie Cox, 42, whose body was found in the trunk of her car the morning of Sept. 13, 1985 in the area of Royal Highlands — a rural community north of Weeki Wachee.

During the course of the trial, prosecutor Tom Hogan referred more than once to the fluids found on the victim's underwear and a nearby washcloth, which was discovered in the backseat.

Tests showed the fluids were semen and saliva, according to court testimony.

The 1986 trial took place before the advent of DNA evidence, but Hogan argued the semen came from a nonsecretor — someone whose blood type can't be traced through bodily fluids. Nonsecretors make up 11 percent of the world's population, said Hogan.

Hildwin was a nonsecretor, Hogan said. Haverty, who was Cox's boyfriend at the time of her death, was not.

Hildwin was caught cashing one of Cox's stolen checks. He also gave different stories to authorities when questioned. He also told an incredible story to jurors when the inexperienced Lewan allowed him to testify, said McClain, who has since handled most of the appellate work on behalf of Hildwin.

There were other issues glossed over by the state during the trial, according to defense motions.

The window of opportunity for the slaying was small – roughly 90 minutes. During that time, the state argued Hildwin walked to a store off U.S. 19, murdered Cox, stuffed her body into the trunk, parked the car in the woods, cashed the stolen check and then walked back to his own abandoned car along the highway.

It was the forensic evidence against Hildwin, which now has been proven false, that put the case over the top for the state, McClain said. It was presented to jurors through the testimony of an FBI lab technician.

"The FBI analyst testimony excluding Haverty as the contributor of the material was and has been the lynchpin of the state's case," said McClain.

McClain said Hogan was secretive about the presentation of the evidence. Lewan didn't know about it until the fourth day of trial. McClain, through interviews, arguments and court filings, has been a sharp critic of Hogan's prosecutorial techniques.

Hogan now runs a private practice out of Brooksville. Months ago, he told Hernando Today he was still convinced Hildwin was the killer no matter who the DNA belonged to.

McClain said the state had long "locked out" the DNA from being uploaded into the database. It did so because it was convinced it wasn't Haverty's DNA.

"It's their actions that have caused this delay," said McClain. "My client has struggled to stay alive."

In a motion filed last week, McClain called the tactics by the Florida Attorney General's Office "indefensible." He said the attitude from the state has been inappropriate.

"Mr. Hildwin has been seeking an order for more than eight years comparing this sample to Mr. Haverty over the State's objection," he stated in his motion.

No one from the Attorney General's Office has commented about the Hildwin case because the appeal remains open.

Hildwin's cancer has been in remission. McClain said his client is relying on prison staff for his medical care as he awaits additional surgeries.

McClain had three appellate motions tied to Hildwin, including the one asking the state to upload the DNA.

Following his latest victory, McClain hopes it will accelerate the other motions and eventually overturn the verdict.

McClain said when he told his client about the latest development in the case, Hildwin smiled at him.

"I told you so," McClain said, recalling Hildwin's words. "I knew it. I knew it."
Posted by sisselnor at 7:52 AM No comments: Links to this post