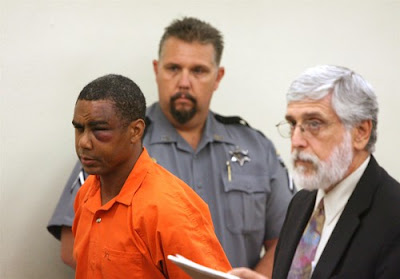 DAYTONA BEACH, Fla. -- Lawyers for the inmate who killed a correctional officer will argue against the death penalty today.

A jury recommended that sentence for Enoch Hall after he was found guilty of murdering corrections officer Donna Fitzgerald last year at Tomoka State Prison.
On Monday his defense team will tell the judge why Hall should not be put to death.
Posted by carie at 5:49 PM