Prosecutors Must be Held Accountable for Misconduct 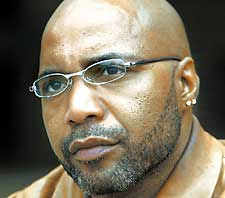 Charged with dual roles as advocates and ministers of justice, prosecutors are the most powerful actors in our criminal justice system. They have sole responsibility for decisions regarding what charges to bring against an individual, what sentence to seek, what plea bargain to offer, and what evidence to present to a jury during trial. Clearly, these decisions have a lasting impact on all those under the purview of the justice system. However, despite the great power of prosecutors, few are held accountable for violations of their ethical obligations.

Today, the Supreme Court will hear oral arguments in Pottawattamie County v. McGhee, which is a wrongful conviction case about prosecutorial immunity. Specifically, the Court will decide whether the prosecutors in a 1978 murder trial may be sued as individuals for the wrongful conviction of Curtis McGhee Jr. and Terry Harrington. McGhee and Harrington allege that the prosecutors violated their rights by coercing false testimony during the investigation and using that testimony at trial. The attorneys representing the prosecutors in question argue that while prosecutors are immune from lawsuits when acting within the scope of their job, state bar and disciplinary agencies provide sufficient punitive mechanisms to punish prosecutors for misconduct. It has been our experience that state bars and disciplinary agencies fall woefully short of holding prosecutors accountable for their misconduct.

No matter the outcome of this particular case, it is yet another example of why it is so important for states to enact reforms to ensure that prosecutors who abuse their powers are held accountable for their actions. The Justice Project’s policy review, Improving Prosecutorial Accountability outlines suggested reforms such as the establishment of prosecutorial review boards to sanction prosecutors who abuse their power within the criminal justice system. Without the threat of meaningful professional discipline, prosecutors cannot be held accountable for their actions and are likely to continue to abuse their power to secure convictions, which threatens our public safety and the integrity of our criminal justice system.

Implementation of disciplinary measures that create a culture of accountability will result in a more fair and accurate justice system. Such measures will also encourage prosecutors to better fulfill their multiple and critical roles of convicting the guilty, protecting the innocent and guarding the rights of the accused. Until prosecutors face the real threat of discipline, such as fines, suspension, or even disbarment, it is likely that the egregious acts of prosecutorial misconduct that threaten our criminal justice system will only continue.
Posted by carie at 3:03 PM