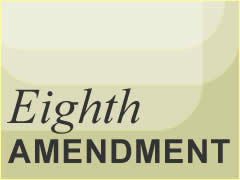 I don’t know if death by lethal injection is “cruel and unusual punishment,” which would violate the Eighth Amendment of the U.S. Constitution. All I know is that Florida has offered condemned inmates a choice of lethal injection or the electric chair since 2000, and all 20 have chosen the needle.

That’s some telling anecdotal evidence the U.S. Supreme Court might want to consider, now that it has agreed to hear a case challenging executions by lethal injection.

I’ve witnessed two of the 20 executions by lethal injection that Florida has carried out (Aileen Wuornos and Danny Rolling), and the process was disturbingly antiseptic and serene. Neither seemed to suffer, a fact that brought much dissatisfaction to the families of their victims that had come to watch. The whole thing was like watching a rabid dog being put down.

But something obviously went wrong in the death chamber at Starke last December, when Angel Nieves Diaz’s execution lasted an excruciating 34 minutes and witnesses say he appeared to grimace after the three chemicals began to flow. The first chemical is supposed to induce unconsciousness, the second causes paralysis and the third stops the heart.

Death penalty opponents say the process can go awry if the needle isn’t properly inserted into a vein, something that happened to an obese killer in Ohio. Other complications can arise because the executioners often have no formal medical training.

Jeb Bush halted Florida executions after the Diaz incident, appointing a commission to review the process. It recommended changes to the chemical mix.

Gov. Charlie Crist signed his first death warrant in July, ordering the execution of Mark Dean Schwab on Nov. 15. He has since signed another two death warrants.

To me, the death penalty inherently seems “cruel and unusual” but the U.S. Supreme Court ruled otherwise when it reinstated capital punishment in 1976. I've waffled on the death penalty through the years, because victims' families are so vocal in saying it helps ease their pain, and their feelings have to account for something.

But I still think we'd be nobler as a society if we just locked up killers for life with no possibility of parole, a pretty bleak fate and one that doesn't lower us to their level.

If there's going to be a death penalty, lethal injection is probably the best choice of a bad bunch. The electric chair seems especially barbaric, even though courts have upheld their use. Florida came up with an alternative to the electric chair after a series of grisly executions in the late 1990s, replete with flames shooting from hoods and blood.

Florida has executed 64 people in the last three decades, but the application of the death penalty seems arbitrary and inconsistent. There are now 383 inmates on Florida’s Death Row.

At the current average of 2 executions a year, it would take 191 years to finish off everyone already there. Not going to happen.

The Supreme Court will not take up the broader issue of the death penalty overall, just the question of injections.

At the very least, Crist and the state should delay all executions until the Supreme Court rules.

If the recent 20-0 majority spurning “Old Sparky” is any guide, I bet Florida’s condemned are rooting for the needle.

> Discuss this entry
Posted by carie at 3:49 PM