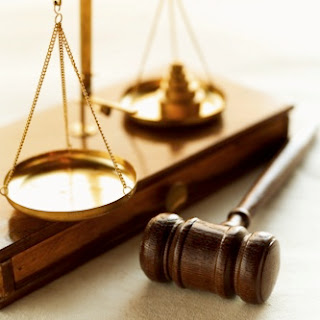 By Dana Willhoit
The Ledger

Just ask Circuit Judge J. Michael Hunter, who can't find enough lawyers for two new first-degree murder cases with multiple defendants on his docket. After coming up short in Polk County, he called a judge in Hillsborough County to find out whether he knows of any lawyers willing to come to Polk to take on any of the defendants, but he said has not heard back yet.

At fault, defense lawyers say, is a new law that took effect July 1. The law sets pay so low that many lawyers have refused to sign a contract to take on new court-appointed cases, according to A. Russell Smith, president of the Florida Association of Criminal Defense Lawyers. "It's an issue, and it needs to be resolved quickly," Judge Hunter said.

The law (SB 1088) "creates a compensation structure which is designed to encourage a substandard level of representation, and to force lawyers to plead their clients guilty to the charges quickly and without adequate investigation," Smith said. "It does so by setting flat fees which are so low that lawyers lose money if they properly investigate a case. This is particularly true in capital cases, where it is often necessary for defense counsel to require more than a year to properly prepare a case for trial."

"In the past, there were statutory caps, but they were routinely exceeded if the courts found good cause," Smith said.

The law is intended to save money on court-appointed lawyers' fees.

Defense lawyers opposed the bill before it was approved during the last session of the Legislature, warning that many lawyers would quit taking court-appointed cases. Their predictions have come true, at least so far.

Statewide, 68 percent of the lawyers who previously had been on the court-appointed list refused to sign up when the new law took effect, Smith said.

In the 10th Judicial Circuit, which includes Polk, Hardee and Highlands counties, the drop is 60 percent, with only 46 lawyers remaining on the list of those willing to take court-appointed cases, and just 35 of them are qualified to represent felony clients, Court Administrator Nick Sudzina said. Previously, 115 lawyers were on the list to take court-appointed cases.

A strict set of rules limits who can represent clients on any first-degree murder case, unless prosecutors formally declare they won't seek the death penalty, Smith said. A lawyer in a death penalty case must have at least five years of criminal litigation experience; must have prior experience as lead counsel on nine serious and complex felony jury trials that were tried through completion, not pleaded out; and must have served as co-counsel on two state or federal death penalty jury trials that were tried to completion.

Most lawyers with that level of experience do not want to work for the low pay offered by the state in court-appointed cases, Smith said.

Smith said that to prepare for and defend a death penalty case takes about 800 to 1,000 hours. He spent 1,600 hours on his last case. Under the new rules, court-appointed lawyers cannot be paid more than $15,000 in death penalty cases, and can only be paid up to $3,000 for felonies that could send criminal defendants to prison for life.

"The American Bar Association says that it costs about $65 an hour just to keep the doors of your practice open," Smith said. "Let's say most lawyers spend 800 hours on a first-degree murder case. They'll lose money." At $65 per hour, the pay would be $52,000 for 800 hours, more than three times the state cap.

In most cases where a defendant can't afford his own lawyer, he will be represented by a public defender.

However, in a case like that of Robert Cameron, the 19-year-old Winter Haven man who was shot to death in an apparent robbery/home invasion, there are five defendants charged with first-degree murder.

"I did it out of respect for Judge Hunter and the judges here, to help them out, but I am not on the court-appointed list, and I'm not going to get back on the list," Toward said.

There also are not enough lawyers to represent all three of the men charged in the Oct. 17 home-invasion slaying of Ruben Muro, who was killed while visiting his brother in Wahneta.

"It does concern me," Hunter said. "The most basic form of due process is a lawyer." He said in Muro's case, two of the three defendants have lawyers so far.

Hileman will represent one of the defendants; a public defender will take another. Hunter is still seeking a third lawyer.

The new law also created a second system of public defenders, called conflict counsel, but their offices will not be up and running and ready to take new cases until at least October. The Office of Conflict Counsel will take on the second defendant in multi-defendant cases, but private lawyers will still need to be appointed in cases with more than two defendants. Jackson Flyte, a Bartow lawyer, will head the Office of Conflict Counsel for the 14-county region that includes Polk.

Several private lawyers have told Hunter that they will consider taking first-degree murder cases on occasion, he said. However, there are not enough willing to take capital cases.

The problem is being seen in courtrooms across the state, said Smith, president of the defense lawyer group. In Nassau County, there are no lawyers on the court-appointed list.

"The problem is not just limited to capital cases. The experience level of lawyers who take court-appointed cases is going down and their caseloads are skyrocketing. It is only a matter of time before we see the courts flooded with ineffective-assistance-of-counsel claims. Every one of those claims that results in a new trial forces victims and witnesses to relive the pain of trial."

Lee Cohen, president of Polk County Criminal Defense Lawyers, is one of those who declined to be on the list of court-appointed lawyers.

"The problem with the lack of attorneys available for death penalty representation is a consequence of the chaos caused by the legislature by putting hard and lower caps on attorneys' fees," Cohen said.
Posted by carie at 6:25 PM