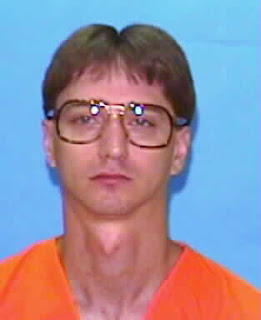 Lethal injection challenge could halt Florida executions
The U.S. Supreme Court decided Tuesday to hear a case that challenges the constitutionality of death by lethal injection, putting Florida's on-again, off-again death penalty back in limbo and potentially postponing executions around the nation.

The high court said it will consider a challenge from two inmates on Kentucky's death row, Ralph Baze and Thomas Clyde Bowling Jr., who claim that the state's lethal-injection procedure violates their constitutional rights.

This is the first time the high court has agreed to consider whether the mix of drugs used in Kentucky, Florida and 35 other states violates the Eighth Amendment's ban on cruel and unusual punishment. Death penalty opponents argue that the administration of the fatal chemicals often causes pain because the anesthesia fails to render the condemned person unconscious.

Because the Kentucky case is so broadly written and its lethal injection procedures so similar to those in other states, legal experts say the case could lead to the temporary suspension of scheduled executions across the country. That could include Florida child killer and pedophile Mark Dean Schwab, 38, who is scheduled to die on Nov. 15.

There are 383 inmates on Florida's Death Row.

''The possible implications are infinite,'' said Martin McClain, a death penalty lawyer based in South Florida. 'They could say, `Everything's fine, executions can proceed,' or they can say, 'No, executions cannot proceed.' . . . We could go from zero to infinity.''

''This is probably one of the most important cases in decades as it relates to the death penalty,'' David Barron, the public defender who represents Baze and Bowling, told the Associated Press.

The high court review ''will have not an effect on Florida unless the Florida Supreme Court issues a stay pending the outcome of the U.S. Supreme Court,'' said Anthony Deluise, spokesman for Gov. Charlie Crist.

Most states use three chemicals for lethal injection: a barbiturate to anesthetize the inmate, a paralyzing agent and potassium chloride, which stops the heart.

Florida halted executions last year after condemned inmate Angel Diaz took 34 minutes to die -- twice the usual time -- when executioners missed a vein. An autopsy found that the chemicals were delivered to his soft tissue instead.

After the state changed its execution procedures, including requiring additional training of executioners, Gov. Charlie Crist lifted the ban on executions in August and signed Schwab's death warrant. The state did not change the combination of chemicals used, however, and that has prompted a challenge by Schwab and convicted murderer Ian Deco Lightbourne.

Schwab raped and killed an 11-year-old in 1991 in Cocoa and Lightbourne was convicted of killing an Ocala horse trainer in 1981. Their lawyers argue that the state's new procedures do not fix the problems caused during Diaz's execution.

Lawyers for Lightbourne uncovered an internal memo written by a Department of Corrections official who recommended the state use a monitoring device to determine if the inmate is still conscious when the painful drugs are administered, but corrections chief Jim McDonough rejected that recommendation.

The procedures now call for a warden from another prison to determine the consciousness of the inmate after the paralyzing drug, sodium pentothal, is administered, said Gretl Plessinger, DOC spokeswoman.

''It's similar to the physical check a first aid responder would do,'' she said. It involves, ``calling out the inmates's name, shaking the inmate, looking at the eyes.''

The Florida Supreme Court is scheduled to hear their arguments on Oct. 11.
Posted by carie at 4:20 AM