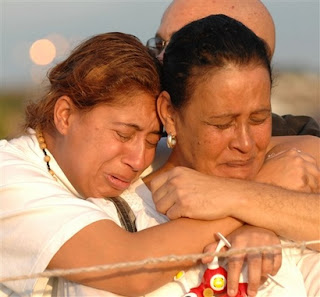 OCALA, Fla. -- A judge has ruled the lethal injection death of convicted murderer Angel Diaz was "painless and humane," objecting to allegations it had been botched.

In making his ruling Monday, the judge lifted a stay of execution for Ocala death row inmate Ian Deco Lightbourne, who brought the allegations in part to halt his own proceeding.

"The Court rejects the argument that the Diaz execution was 'botched.' Inmate Diaz died within a reasonably short time after the chemicals were injected in a manner that the Court finds was painless and humane," Circuit Judge Carven Angel wrote in a five-page ruling. "It was never intended that the inmate should wake up and go home."

The judge acknowledged "irregularities" in Diaz's December 2006 execution but said the Department of Corrections has "addressed and taken appropriate action to reduce the risk of happening in the future."

The state has made two changes in its execution procedures since it took 34 minutes -- twice as long as normal -- for a lethal injection to kill Diaz, 55. An autopsy showed needles had been pushed through Diaz's veins into the flesh of his arms, reducing the effectiveness of the three chemicals used in executions.

Lightbourne's attorney, Suzanne Keffer, told the Ocala Star-Banner that the ruling was "a bit of a surprise," but Assistant State Attorney Rock Hooker told the paper that lawyers weren't able to prove to the judge Diaz suffered pain. Hooker said Keffer and other attorneys from Capital Collateral Regional Counsel, an agency representing death row inmates in their final appeals, spent "thousands of dollars on expert witnesses" but "failed to prove that Diaz suffered any pain during the execution process because he didn't."

The judge wrote: "If inmate Diaz did experience any pain in this execution, the Court finds that it was not significant, substantial, or excruciating, and further that it would not have been of significant, but limited, duration."

The judge also countered arguments of Lightborne's attorneys that the state should adopt procedures that are not likely to result in unnecessary pain. The state is not required to "ensure that no suffering is involved in the lethal injection process" or "guarantee that executions proceed without human error," the judge wrote.

Executions were banned in Florida after Diaz's death, but Gov. Charlie Crist lifted the moratorium last month when he signed a death warrant for Mark Dean Schwab, 38, who kidnapped, raped and killed an 11-year-old boy in Brevard County. Schwab's execution is set for Nov. 15.
Posted by carie at 2:52 PM