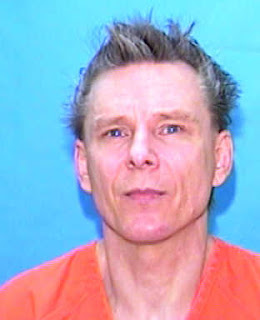 A German tourist convicted of killing his girlfriend while they were visiting Miami Beach two decades ago lost another bid for freedom Thursday when the Florida Supreme Court denied a rehearing in his case.

The justices in April rejected a third appeal from Dieter Riechmann, 63, of Hamburg, Germany. He is in prison awaiting resentencing for the 1987 murder of Kersten Kischnick, 31, who was shot in the passenger seat of a car Riechmann was driving.

Riechmann initially received a death sentence. The Supreme Court, though, in 2000 sustained a lower court's resentencing order on grounds Riechmann received ineffective counsel during the penalty phase of his trial and the prosecutor rather than the judge had written the sentencing order.

In the meantime, Riechmann again appealed his conviction, arguing a key prosecution witness had changed his story and prosecutors had encouraged the witness and a former police officer to lie.

"There are a lot of different avenues to take," Backhus said. "Certainly, we can take the case again to the U.S. Supreme Court - or not."

She said a decision will be made after she has a chance to review a revised opinion the Florida Supreme Court issued in denying the rehearing. The result, though, did not change.
Posted by carie at 11:02 AM