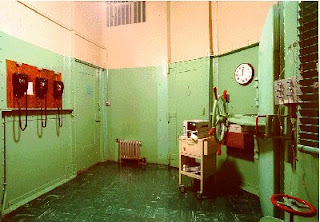 The Supreme Court hasn’t heard a case regarding execution form since 1878.

The U.S. Supreme Court agreed Tuesday to hear a Kentucky case with far-reaching consequences for Oklahoma and the nation’s 37 other capital punishment states.

“We will be closely watching this case,” said Emily Lang, a spokeswoman for Oklahoma Attorney General Drew Edmondson. “We use the same chemicals as Kentucky. We will be looking at Kentucky’s process to see how closely it mirrors ours.”

The case, Baze v. Rees, alleges that Kentucky’s lethal-injection law violates the Constitution’s Eighth Amendment ban on cruel and unusual punishment. Not since 1878, when firing squads were upheld as an acceptable means of execution, has the court ruled on an Eighth Amendment challenge to a particular form of capital punishment.

Oklahoma is among several states that list firing squad as a back-up form of execution in the event other methods are declared unconstitutional.

“The court has denied hearing cases about the form of execution for more than 100 years,” said University of Tulsa law professor Lyn Entzeroth. “It may be they decided to hear this one because the issue has come up again and again.”

Thirty-seven of the 38 states with death penalty laws use lethal injection. Oklahoma in 1977 was the first state to adopt the procedure, although it was another 13 years before the state actually put anyone to death.

The procedure involves injecting the condemned person with three chemicals — a barbiturate intended to cause unconsciousness, followed by drugs that stop breathing and the heart. It is supposed to be quick and painless, but several cases of botched executions taking as much as two hours to complete have been reported in recent years.

Most of these have involved difficulty finding suitable veins for the injections or miscalculating the barbiturate dosage. Oklahoma has reported no such cases.

“Any method of execution is cruel and unusual if it’s done poorly,” said the Rev. Bill Wiseman Jr. “The only time I’m aware of any problem (with lethal injection) is when they don’t do it right.”

Although Wiseman has since said he has reservations about capital punishment, he seems to still think lethal injection is the most humane method available.

“I’m fairly confident I know what the court will decide,” he said during a telephone conversation Tuesday afternoon. “I think they’ll decide that a person being executed has the right for the procedure to be done correctly.”

Oklahoma has carried out 86 lethal injections since resuming executions in 1990 after a 24-year hiatus. Eightytwo executions were performed from 1915 to 1966, when Oklahoma used an electric chair.

In 1972, the U.S. Supreme Court ruled that death penalty laws as then enforced were “capricious and arbitrary,” effectively outlawing the practice in the United States.

Oklahoma ranks third behind Texas and Virginia in the number of executions since 1976. The most recent execution was on Aug. 21, when Frank Welch was put to death. No further executions are scheduled, but the Oklahoma Department of Corrections lists 80 deathrow inmates.

One of them, Charles Taylor, has challenged Oklahoma’s lethal injection law in Oklahoma’s U.S. Western District Court. Taylor was convicted in Pittsburg County of the 1995 murder of Michael Sauer.

1915 — First execution at the Oklahoma State Penitentiary in McAlester; previously, executions were carried out by county sheriffs.

1982 — First U.S. execution by lethal injection carried out in Texas.