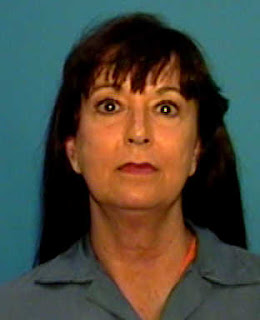 DAYTONA BEACH -- Virginia Larzelere deserves a new trial because her former lawyer abused drugs and alcohol during her 1992 trial on charges she murdered her husband, an attorney argued Friday before the Florida Supreme Court.

The widow who was once the only woman on death row also deserves to be resentenced because her lawyers were ineffective during the penalty phase of her case, said David Hendry, her appeals lawer. A reversal could mean the difference between death by lethal injection or a prison term.

Hendry also argued evidence of sexual abuse by a family member was not presented as a mitigating factor during the penalty phase.

He then turned his attention to misconduct by one of Larzelere's lawyers, Jack Wilkins, who was later convicted of tax evasion, sentenced to five years in federal prison, and disbarred.

Wilkins' problems came to light in 2002 when three witnesses came forward. They claimed substance abuse and financial problems were keeping him busy during the trial of Larzelere, who was convicted and sentenced to death in 1993 for arranging the shooting death of her dentist husband, Dr. Norman Larzelere, 39, in his Edgewater office, Hendry argued.

"He's destroying financial records that had been subpoenaed by the governement; he's running out of this office with a giant bottle of vodka in the middle of the afternoon, and snorting cocaine off a strip club toilet seat," Hendry said of Wilkins.

"In the years I've been up here, I do not remember a situation where we've had as many problems with lawyers," Justice Charles Wells said during oral arguments on various issues of the appeal. "And a trial judge making a determination they did not provide effective counsel. I just am concerned this case needs to move along here and have a new penalty phase."

Assistant Attorney General Barbara Davis argued against the new sentencing. In the state's appeal against Circuit Judge John Watson's ruling that Larzelere should get a new sentencing, she said Larzelere's attorneys made a strategic decision not to call witnesses to discuss Larzlere's claims of sexual abuse.

"The minute you go into how that affected her, you get into the real Virginia Larzelere," Davis argued, suggesting Larzelere had tried to kill two former husbands. "(Larzlere) exposed her own children to sexual abuse from the same man who sexually abused her," Davis said.

The court will rule on both sides of the appeal later. The decision could mean the difference between life and death for Larzelere, now 54.

Her son Jason, 18 at the time, was acquitted at trial of charges accusing him of being the gunman. Prosecutors said the motive was $2 million in life insurance money.

jay.stapleton@news-jrnl.com
Posted by carie at 11:04 AM

actually her and her son should have been executed long before this...
disgusting people who deserve no sympathy